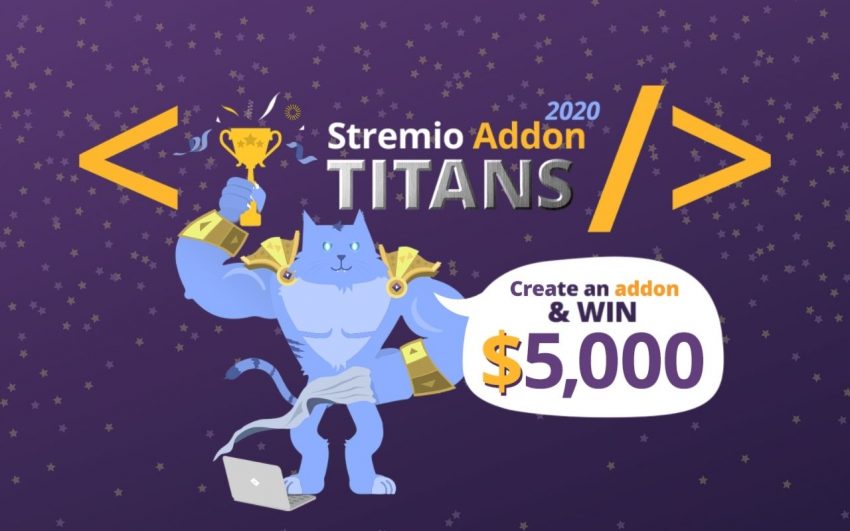 The Stremio addon development contest has become a tradition – after 3 successful editions, it is now time for another one.

We’re introducing The Stremio ADDON TITANS 2020 contest. Between today and March 9, 2021 developers from all over the world will compete to show off their coding skills, creativity and innovative thinking. The top developers will share a juicy prize pool of $5,000 that is also payable in bitcoin if the winners prefer cryptocurrency.

We will award four prizes to the participants who perform best in the competition:

The Stremio Grand Prize will be determined by a jury of Stremio developers – members of our team will judge addon submissions based on various criteria like code quality, functionality, UX, performance, security, originality, etc.

The first, second and third prizes will be decided by a community vote.

Between March 1 and March 8 we will judge submissions and our community will be voting on their favourite new addons, and winners will be announced on March 9, 2021.

If you are looking for ideas for addons, you may want to check out this useful Reddit thread where users have discussed the topic.

Q: Do I need programming skills to participate?

A: Yes. You need to be able to code in order to create an addon.

Q: Do I need to host the addon I create?

A: You can if you want to, but you don’t have to. A link to the Git repository of the addon is enough to enter the competition.

Q: Can I submit more than one addon?

A: Absolutely! Not only you can, but we encourage you to participate with as many addons as you can create. This will certainly increase your chances of winning a prize!

Q: Can I submit an addon that I developed before the contest and/or submitted in a previous competition?

A: No to both. Only addons that were developed after the official start of the contest are eligible for prizes.

Q: Can I create an addon that is country-specific?

A: Of course. Stremio’s users come from all over the world so they will definitely appreciate access to more local content.

Q: Can I ask my friends to vote for my addon?

A: Yes! Ask anyone you know – and we mean anyone – to vote, so you have an even better chance to win our community vote.

Q: What’s the answer to the Universe?