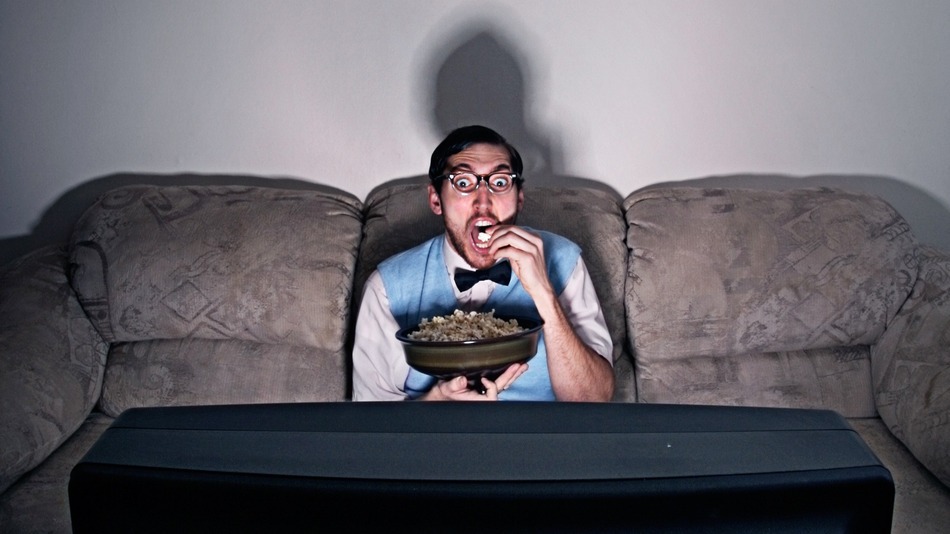 Still not sure who is this Tyrion guy or Dr. Robert Ford or why all your friends or colleagues keep talking about them? Do you have the sensation you are missing something?

In the first Awesome! Stremio Weekend Guide we will look back towards the best of 2016. Along with bad news on the TV, some great new shows emerged, great new movies and quite good youtube channels. As we know how difficult it is to choose what to watch we have made the shortest possible selection by choosing just 5 cool things to watch on Stremio during the weekend.

War? What is it good for? – Edwin Starr

In “War Dogs”, war is the good story of two twenty-something guys, who land a 300-million arms contract from the Pentagon to supply the US army. With the cynicism of “Lord of War” and the narration of “American Hustler”, “War Dogs” is both an entertaining and thought-provoking piece you are definitely going to like. Great performance from Jonah Hill, as his humor is a real weapon of mass destruction as always. Based on a true story.

I didn’t ask to be super, and I’m no hero – Deadpool

A banker is a fellow who lends you his umbrella when the sun is shining, but wants it back the minute it begins to rain. – Mark Twain

Who likes bankers? Following the 2008 economic meltdown this question is becoming more and more redundant. Nobody likes banks and bankers and this includes Chris and Ben, who after being threatened to lose their family property decide to do the most American thing there is: to act. In a western-vigilante style, Jeff Bridges is the Sherif who is after them. With great resemblance to “No country for old man” this modern-day western will make you a gun owner by the end of the film.

Oliver Stone is here again, with another groundbreaking movie about government surveillance, big data and big brother. Needless to say the movie is based on the true story of Edward Snowden, who in 2013 leaked classified information about NSA monitoring almost everything and everybody in the world on the internet. A remarkable programmer and a man with great love for his country, Snowden is a real person that will grab you from the first moment you hit the play button. And will also make you put a sticker on your laptop camera long after you finish watching it. So put your foil hats on and enjoy.

All you need is love – The Beatles

In a previous article about the new Stremio Android App we mentioned the make-up movie. So we have decided to be consistent and offer something for the ladies and for couples as well. Oh, come on, guys, admit it, we all like romantic movies sometimes…Someone…Anyone… OK, It’s just me then. Me before you is a nice story about a special boy and a special girl who fall in love under difficult circumstances. Now if you come to think of it, almost all romantic stories follow this premise… But seriously, this is a good romantic movie. Behind all our cynicism, we all believe in the power of love. Yes, even you and the tears by the end of the movie are the proof. You have been warned.

Game of Thrones, The Walking Dead, Vikings and the last two seasons of South Park are really great TV series, but we have decided to show to you something a little bit different and fresh.

You take the red pill – you stay in Wonderland and I show you how deep the rabbit-hole goes. – Morpheus, The Matrix

Instead of the trailer, we have decided to demonstrate the TV show Westworld to any of you who haven’t watched it yet with the Original Soundtrack. If Black hole sun played on a country style piano doesn’t make you curious, we are out of ideas what else could do the trick. The show is a remake of Michael Criton’s 1974 movie with the same name. It follows the premise of a theme park, set in the time of the good ‘ol west with human-like androids populating it. The androids believe they are human. The human visitors can do whatever they want in this world. And this includes everything. That’s right – everything.

The battle between good and evil is endlessly fascinating because we are participants every day. – Stephen King

Set in the 80s, a group of boys find a girl in the forest with great powers. They hide her, while she learns from them about friendship and kinship. It’s a story one step away from saying “ET, go home”. The rest of it is the evil monster, lurking in the shadows and Sir Stephen King has something to say as well. With great intro in the style of “The Outer Limits” this TV show is a bow down to many great classic horror movies and to great 80s classics too. If fear is your drug, try not to overdose with Stranger things.

Be nice to nerds. Chances are you’ll end up working for one. – Bill Gates

Alas, a comedy show. And what a show it is! HBO are here again with a story of our times – young, uncomfortable tech guys with a great algorithm everybody is bidding for. The stakes are high, venture capital vampires are creeping in closer and closer and the nerdy main characters keep making great joke material out of themselves. Yes the show is not from 2016, but we believe you guys will like it and the plus side are the extra seasons for more episodes on this lazy Sunday ahead of you.

I think the point is to make us despair. To see ourselves as… animal and ugly. To make us reject the possibility that God could love us. – The Exorcist 1973

With the same name as the Hollywood classic, this TV show takes us beyond the realms of the material. Prepare your mortal souls for a serious ride with Geena Davis and Father Tomas Ortega that will take you from the highs of Heaven to the depths of hell. You don’t believe in such things. Go on, watch one season alone before bed. See if you can find the difference after that.

On October 3th, 1995 New York stock exchange trading dropped, water usage in the entire USA shortened, traffic decreased nationwide as hundreds of millions of Americans sat before their TV sets, anxious to hear the verdict on the case of O.J. Simpson. The end result was an explosive reaction that gave birth to numerous books, movies and talks about one of the most controversial trials in American history. In this dramatization about the destruction of the American dream, Cuba Gooding Jr., John Travolta, Sarah Paulson and even Lady Gaga create a whirlwind of drama, racism and justice that will test your objectivity to your very core.