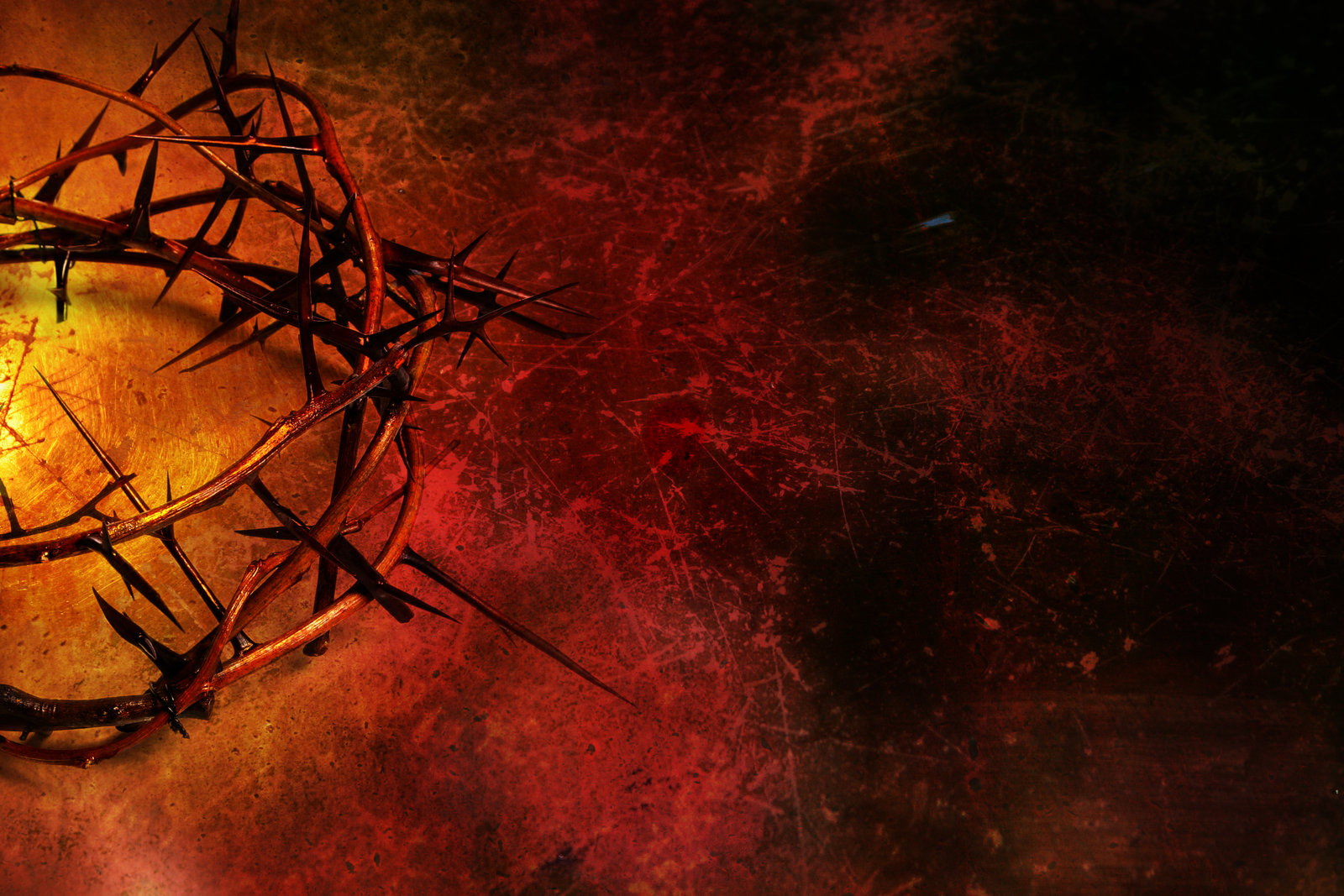 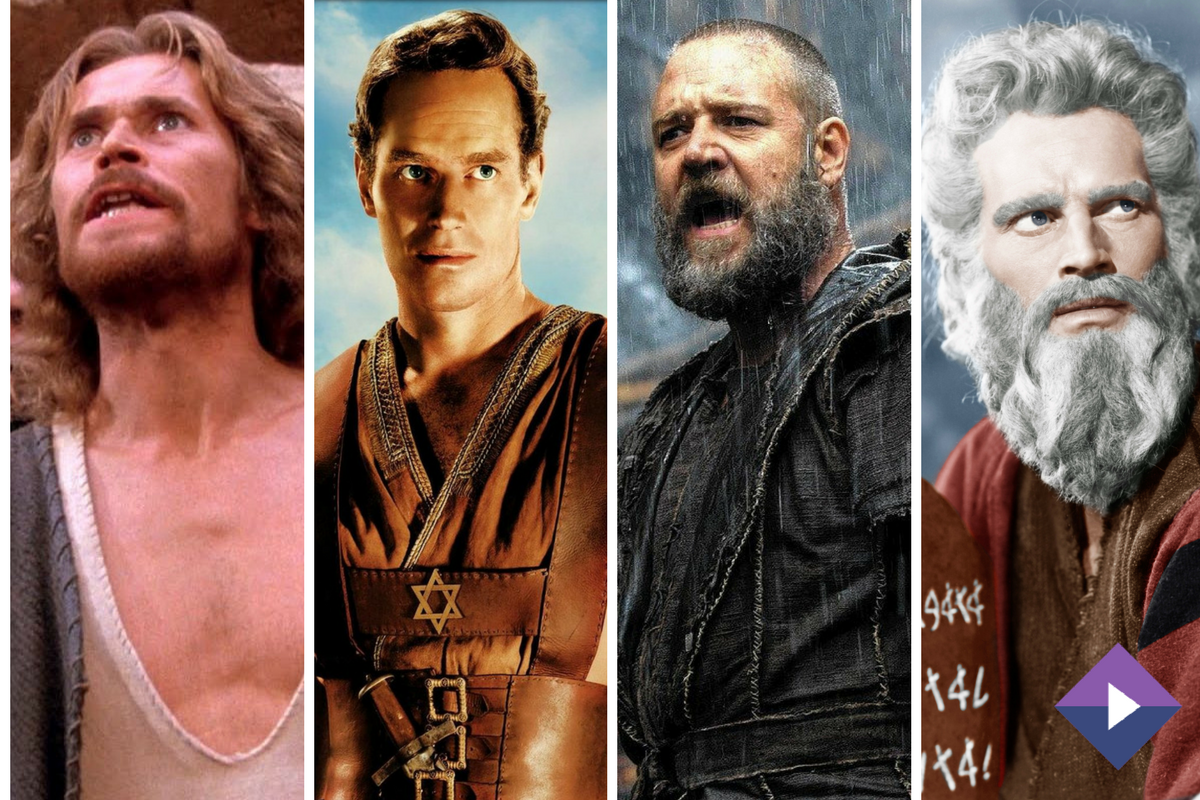 Easter is almost here. Usually, at this time of year, we all turn to that part of the cinema that brings us back to the ancient Biblical times when Jesus walked.

A lot of films out there are focused in that time period, but not all of them are really good. With that in mind, we’ve handpicked the best movies through the years that are really worth watching. So, why wonder around searching, when you can just trust us? Here are our top picks for Best Biblical Movies:

One of the most famous stories that have analogs in virtually any religion and in the mythology of different peoples is the story of the Great Flood. The disaster that God punished humanity for its sins and punished all those who did not want to live according to the Creator’s covenants.

The only righteous person on Earth was Noah. He realized that people are waiting for imminent death, so he started building an ark. However, Noah had to struggle not only with the elements and their own fears but also with the human evil: people who heard about the construction of the ship and who fear for their lives also wanted to be saved. It’s a cruel battle for survival that will bring out the best and worst of every single one of us. A great movie adaptation of the classic Bible story that definitely deserves your attention.

Jesus Christ (Willem Dafoe) is a carpenter from Judea. He earns a living by chopping crosses on which the Roman authorities crucify the criminals. He is visited by voices and visions and he realized that he is the chosen one. The problem is that he can’t understand what is his purpose and who he is chosen by – God or The Devil himself. Judas, a friend of Jesus, passionately condemns him for his cooperation with the authorities. Trying to understand and comprehend himself, Jesus leaves to wander with Judas in order to go through the difficult path of the Messiah.

Scorsese’s masterpiece offers us a different view of Jesus Christ, showing him more as a normal man than the son of God. Nothing human is foreign to him – fear, hesitation, doubt. This unique point of view gives the film a special credibility and authenticity. If you haven’t seen this one yet, now is the best time to do it.

Always look on the bright side of life…even if you are crucified. Well, that’s what you call a spirit! I am pretty sure you didn’t expect this one here, right? Well, it’s here for a reason, believe me.

The story goes some 2,000 years ago when Brian Cohen was born the same day in the neighboring house when Jesus himself was born (what are the odds, right?). Because of this coincidence, everybody confused Brian with the Messiah. All of a sudden, he finds himself in the role of the desperate religious leader of the People’s Front of Judea, fighting for freedom from the Roman Empire – and at the epicenter of great trouble with the occupation authorities! Monthy Phyton’s “Life of Brian” will charm you with its smart satire, brilliant jokes, and over the top characters in a way that you will wish the movie never ends. Without a doubt, one of the funniest movies out there.

With this movie, Mel Gibson proved that not only he can act, but he can also direct. Without a doubt, one of his best movies he directed is “The Passion of the Christ.” Here we follow the last twelve hours of the life of Jesus Christ, before his execution. Actions begin in the Garden of Gethsemane when Jesus prays for the forgiveness of the whole human race, and the Devil tries to seduce him. At this time his disciple Judas Iscariot betrays his teacher for thirty pieces of silver and gives out his whereabouts. It’s pretty much the well-known story of Jesus, but this time it’s told in a very personal and emotional way. You can literally feel the pain of Christ when he gets beaten and then nailed to the cross. The movie also has a very powerful music that helps you dive into the story even more. I strongly recommend it to those of you who haven’t read the Bible or hasn’t seen any movies about the life of Jesus yet.

The Ten Commandments follows the life of Moses – his birth, maturity and the religious outcome of the Jews from Egypt. This is one of the best movies ever made about the Exodus. The movie won an Oscar for best special effects. With the huge budget of 13.5 million dollars, it was watched by an incredible number of people – 131 million. It is one of the most spectacular and ambitious films ever made. So, If that isn’t enough for you to watch “The Ten Commandments”, I don’t know what is!

You can easily say that this is one of the most memorable musicals ever made. In addition to the magnificent music and beautiful vocals, the film is also interesting because of the unusual interpretation of the well-known story of the life of Christ. When the musical came out there was a lot of controversy sorrowing it and many people were against it. The movie was even banned by the Vatican Church. My personal advice – if you have the chance to see it, don’t hesitate for a second, you won’t regret it! The songs are so memorable and melodic that they will stick in your head for weeks.

The movie follows the life of the Prophet Moses and his brother Ramses, who became the ruler of Ancient Egypt. To save her newborn son from being killed, a young woman puts her child in a basket and runs it down the Nile. The basket falls into the palace of the Pharaoh, where the baby is adopted by the Pharaoh himself and Moses grows up with his brother Ramses. Years passed, the brothers grew up together and did not suspect that they will have a different fate. Ramses awaits the fate of the prince of Egypt, and Moses – the salvation of the Jewish people from slavery. You should definitely watch this animated masterpiece because it’s a fantastic visual, and heartwarming experience you don’t come across every day.

Ben-Hur is a movie about friendship, mutual understanding, willpower, honor, betrayal and about the duty that every man has to his people. The film begins in Palestine in 26 B.C. The mighty Roman Empire expanded its lands and seized Judea. After many years, the jew Ben-Hur meets his old roman friend – Messala. Their friendship began in early childhood. The years went by and it got stronger, but various political convictions put an end to it.

Ben-Hur became a rich, respected man in Judea, while Messala took the honorary post of the Roman tribune. Ben-Hur refuses to give out the names of the Jewish rebels to Messala and has become a prisoner in a Roman galley. The former friendship turned into enmity, and Ben-Hur began to plan his revenge.

The film won 11 Oscars, 5 Golden Globe Awards, and BAFTA Awards. It is one of the most epic movies of its time because the scenes involved about 50 thousand people. For every passionate movie lover, this is one of the must-see movies that had a huge impact on the film industry.

Don’t forget that you can watch all of these movies, and many more, on Stremio.