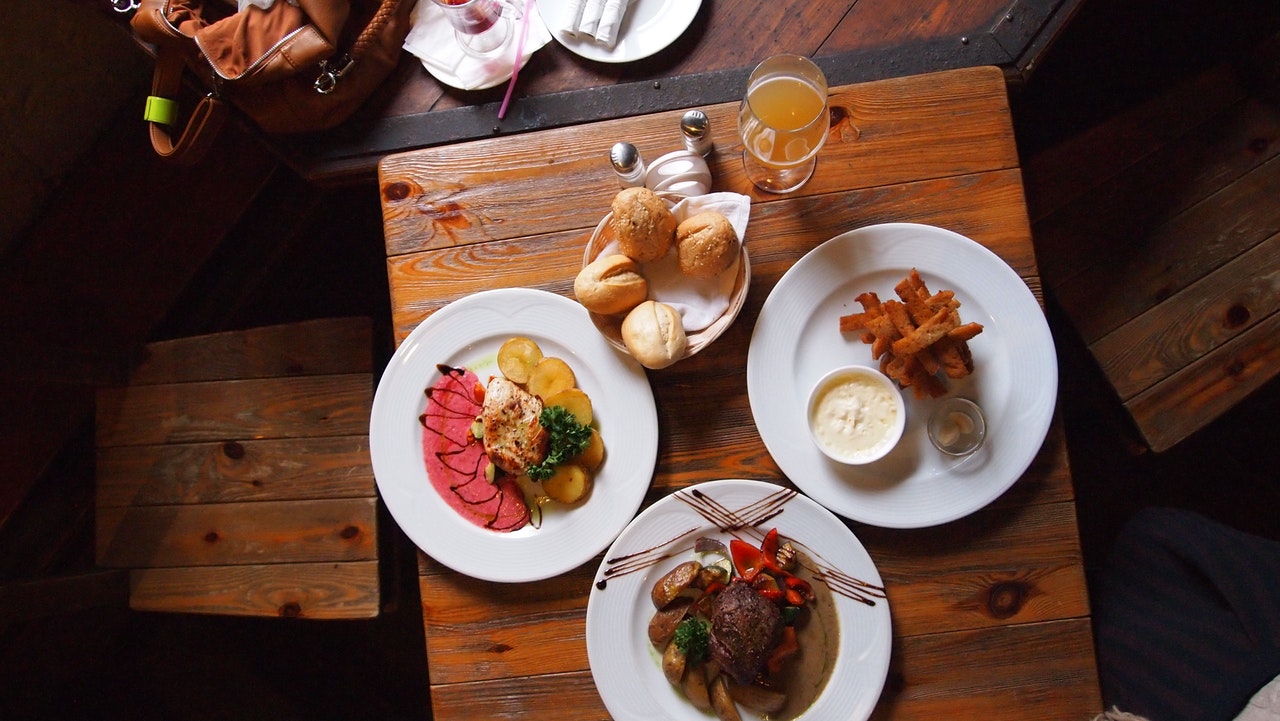 Last week we came across to an entertaining video series: what cooking recipe videos would look like if they were created by famous movie directors (you can check out some of the videos here).

This gave us the topic of this Friday’s movie selection: films about chefs and cooking. Bon Appétit!

Adam Jones (Bradley Cooper) is a talented chef who has passion for good food, fine dining and quality time spent over a delicious meal. What he doesn’t have is a grip on his life. He lets bad choices, drug abuse and temper tantrums derail his life and get him to the bottom from where there is no way but up.

Follow Chef Jones’ journey into rebuilding life relationships, opening the greatest restaurant there is and regaining his taste for life (pun intended).

If you’ve been following this blog, then you probably know how fond we are of Dame Helen Mirren (we never miss an opportunity to mention how big fans of hers we are). To no surprise, her role in The Hundred-Foot Journey is simply delightful but so is the entire film.

The story follows the journey of the Kadams – an Indian family settling in for a new chapter of their life in France. They settle in the village of Saint-Antonin-Noble-Val where Papa Kadam (Om Puri) sets on opening an Indian restaurant. However, the village is already famous for a restaurant – the posh Michelin-star dining room run by Madame Mallory (Helen Miren). She is not quite happy about the new development, and soon enough fine French cuisine gets into a war with the vibrant colors and tastes of the Indian restaurant.

In the end they do make nice but not before a character switches sides – Hassan Kadam (Manish Dayal), one of Papa Kadam’s sons, joins Madame Mallory to get a classical culinary training.

The Thousand-Foot Journey is a beautifully-shot movie with a whimsical soundtrack – so if you haven’t watched it yet, make sure to do so.

What does a pre-teen know about running a food truck? Nothing – but they sure know how to use social media.

Chef Carl Casper’s (Jon Favreau)  career is suddenly killed by a social media mishap and Casper’s short temper – but not all hope is lost. With the help and encouragement from his ex-wife Inez (Sofia Vergara) and his friend Martin (John Leguizamo) puts together a food truck for authentic Cuban sandwiches. They hit the road around the USA and Casper’s young son Percy tags along, using social media to make the truck a huge success.

Julie Powell (Amy Adams) is stuck in a dead-end job that brings her no joy. Looking for some spark, she takes up a deranged assignment: cooking every recipe from culinary icon Julia Child’s (Meryl Streep) famous cook book Mastering the Art of French Cooking” and documenting the journey on a blog.

Butter and emotions melt down but Julie doesn’t give up on cooking Julia Child’s 534 recipes in 365 days.

The movie is based on intertwining true stories, and will definitely get you think about your own life goals.

Kate (Zeta-Jones) is a workaholic and a control freak. She is the chef of the 22 Bleecker Restaurant owned by Paula (Patricia Clarkson).

One day, Kate’s life changes completely: her only sister dies in a car accident and Kate has to become the guardian of her niece Zoe (Abigail Breslin), who is having a hard time coping with the loss of her mother. And as if that’s not enough, Paula hires the sous-chef Nick (Aaron Eckhart), with whom Kate is about to develop an interesting relationship. See what the two of them will cook for you – we are sure that you will like it.