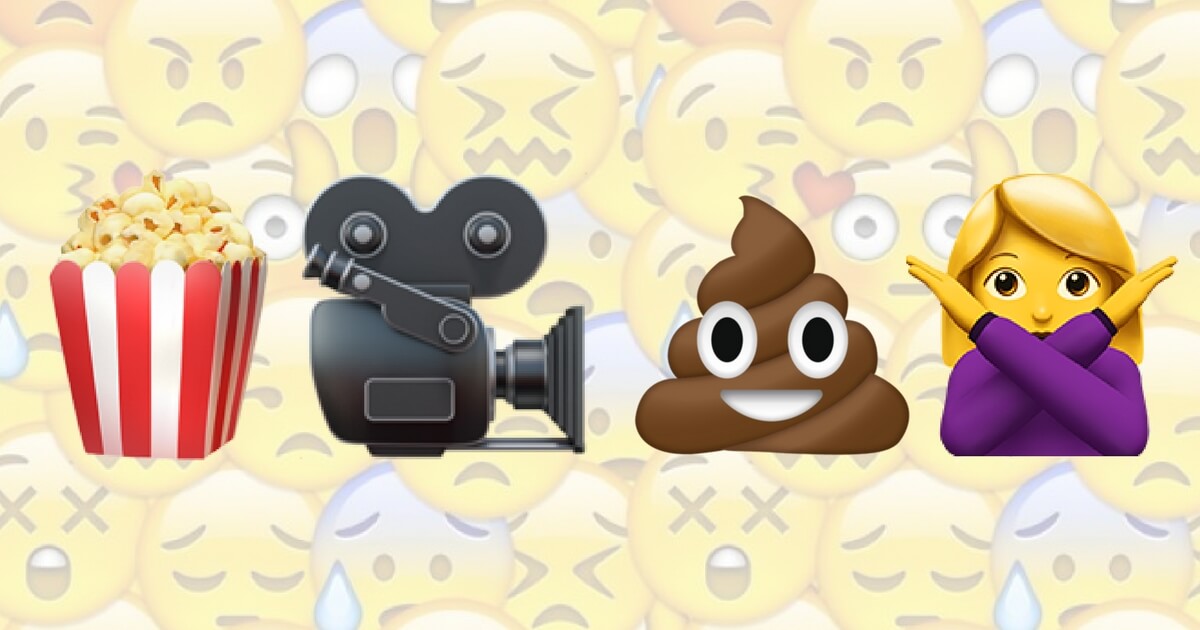 The Emoji Movie has hit the silver screens and the reviews of it are, well, interesting at best. Despite doing well in terms of box office ($34 million as of August 2), it has left the viewers confused, disappointed, and in deep doubt about the future of humanity. That’s right, folks – apparently, The Emoji Movie is really bad. ☹️ ??

We haven’t seen it yet, and let’s be honest – we won’t actually see it, but we feel for all the movie critics who had no choice but to do their job and review the picture. We wouldn’t be surprised if many of them actually considered switching careers and taking jobs as baristas at local cafes where their work would be less stressful.

Kaitlyn Tiffany and Lizzie Plaugic of The Verge said, “The Emoji Movie is so bad, it made us yell at strangers on the street”, and that was just one of the many, many, many bad reviews of the movie. The title’s Rotten tomatoes rating is 6%, and the one on IMDB is 1.5 (we don’t think we’ve seen a number so low before). Ouch.

As it would appear, the storyline is super lame, the humor is too basic even for the most basic of people, the animations is just ok but nothing spectacular, and the soundtrack invokes the puke emoji. It seems that there is literally nothing that can save the movie

Our hearts go to T.J. Miller, Sofia Vergara, Sir Patrick Stewart and Anna Faris, who star are in the movie as voice over artist, as well as to the rest of the cast. We understand that all people make mistakes, and we still like them enough as actors.

As usual, we took it to Twitter to measure the pulse of the average viewer, and we selected for you some of the funniest tweets about Sony Pictures’ fiasco of a movie.

20+ Funniest Tweets about The Emoji Movie

There were the people who chose to be politically correct and suggest that others would give the movie bad reviews:

Then there were the ones that thought the movie was bad but still believe Sony Pictures can make it up to us (by making another possibly disastrous movie):

Dear @SonyPictures – Please make this a movie in 2018. You made the #EmojiMovie, so you kinda owe us a solid… #SexyBenjamin #passpartout pic.twitter.com/OyNCy2Ugs1

Some viewers used the opportunity to make a commentary about the world we live in, and to express doubts about the future of humanity:

Sofia Vergara hugs poo at the #EmojiMovie premiere because that's the world we live in now. https://t.co/tfHKEpMoVN pic.twitter.com/CGOKqfo2Lr

Imagine getting nuked and the last thing you did was watch the Emoji Movie? ?

There were tweets that relied on good, old, plain sarcasm:

I loved the #EmojiMovie, the part where the kid dropped his phone into the toilet, and everybody drowned was a nice touch.

Some viewers had suggestions about alternative movie endings and sequels:

The Emoji Movie is the cringiest movie ever ? what's next a movie about a fidget spinner that can't spin

@Mister_Batfleck I think I have the perfect alternate ending to the emoji movie pic.twitter.com/TeBst0WFUe

There were the ones who drew a parallel between the picture and the current political situation in the USA:

The emoji movie is nearly universally hated but it somehow made money and won't go away. Reminds me of someone…

Others simply blamed unfriendly governments for the movie:

North Korea hacked Sony Pictures again. They sent out The Emoji Movie to all cinemas using our servers. We did not make that movie, honest!

And just like the current POTUS was predicted by The Simpsons, so was this movie:

One twitter user noted that the movie is so bad, no one bothered to pirate it:

The Emoji Movie is so bad that no one has tried to pirate it. pic.twitter.com/5N0LCW9NQV

Then there was the dad that blames the movie for making him hate his kids:

Anna Faris and Chris Pratt, who were both cast in the movie, just announced they are splitting up and the reason seems obvious:

Some found that the title would have been better even as a dry documentary:

There was the girl that decided to use it as a measurement of ugliness or stupidity:

Ant then there were all the sex jokes:

'I've been a very bad girl,' she said, biting her lip. 'I need to be punished.'
'Very well,' he said, and took her to see The Emoji Movie.

But not everyone thought the movie was bad – there was this one guy who really enjoyed himself:

No, not that guy:

Have any good tweets about The Emoji Movie? Share them in the comments!