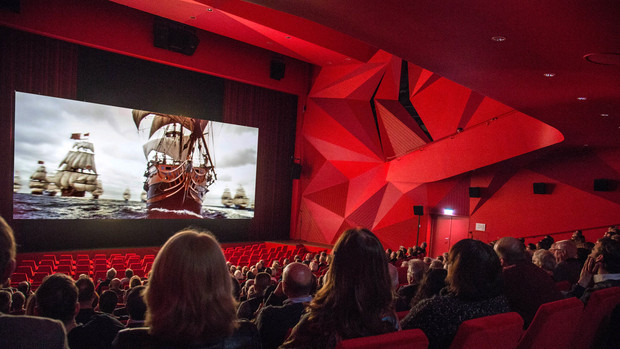 This Friday the world will end, but only in the 5 movies we have selected for you. Hollywood loves a good apocalyptic story, and has gotten pretty good at telling one. Here re our top picks.

We’ve seen the Guardians save the galaxy once, and it’s time for them to do it again. The gang will fight to keep their newfound family together as they unravel one big mystery: who is Peter Quill’s father. In the role of Peter Quill, of course, is Chris Pratt who is just dreamy and a reason alone to go see the movie, even if you’re not a Marvel fan.

The powerful, invincible mutant Apocalypse is set to cleanse the Earth and wipe out mankind to create a new world order, over which he will reign.

Nothing can stop him raising – well, nothing but the team of young X-Men.  Lead by Professor X, they will do everything in their power to stop their greatest nemesis and save mankind from complete destruction.

A series of curious events lead Casey (Britt Robertson), a girl with a wild imagination and curiosity for science, to the former boy-genius Frank (George Clooney). Together, they embark on a journey to save the future of the world and ensure the existence of our world. Their mission will be filled with danger – will they make it? Watch this Disney picture to find out!

In “Interstellar”, director Christopher Nolan takes us on a journey so epic, it’s hard to describe.

The last generation to survive has already been born and life as we know it is about to end – but one man can perhaps save humanity by finding it a new home traveling through a wormhole in space.

A mysterious infection is turning the entire world’s population into rampaging zombies who wreak havoc all round the globe; there’s only 90 days to save humankind but is there someone brave enough to do that?

This is the job that former United Nations employee Gerry Lane(Brad Pitt) volunteers for in order to save the human civilization in “World War Z”.