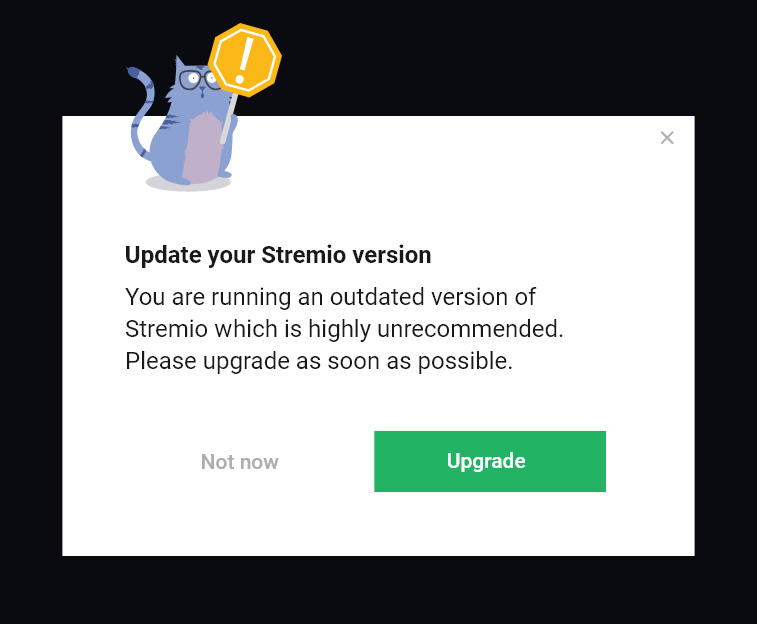 As updating is important in order to ensure the best experience, we will highlight a few things that users should know regarding our updates.

Stremio Desktop auto-updates itself, but there can be many reasons for this update to fail. Such cases include the new macOS with M1 (ARM)  processors and most Windows devices connected to WiFi, although the auto-updater may fail for various reasons in other scenarios as well.

Stremio for Android should update itself through the Play Store, for those of you that have not installed it from our official downloads page instead of the Play Store, updates will not be done automatically. If you have reason to not install it from the Play Store (for example, if you are using Android TV where Stremio is not available in the Play Store yet), it might be best to install Stremio from an alternative app store that supports auto-updates. (such as the Aptoide or APK Pure apps)

We recently added a warning for manual updates in the Desktop app, this will appear whenever Stremio is unable to update automatically. The warning will show our mascot, Stremurrr, holding a sign, and you will see the message “You are running an outdated version of Stremio which is highly unrecommended. Please upgrade as soon as possible.”

It is expected to see this warning while not being online, as the auto-updater cannot work in this case.

We recently released the Stremio flatpak package, that is available at https://flathub.org/apps/details/com.stremio.Stremio. The Flatpak system lets users update their installed applications from command line, find out more at https://docs.flatpak.org/en/latest/using-flatpak.html#updating.