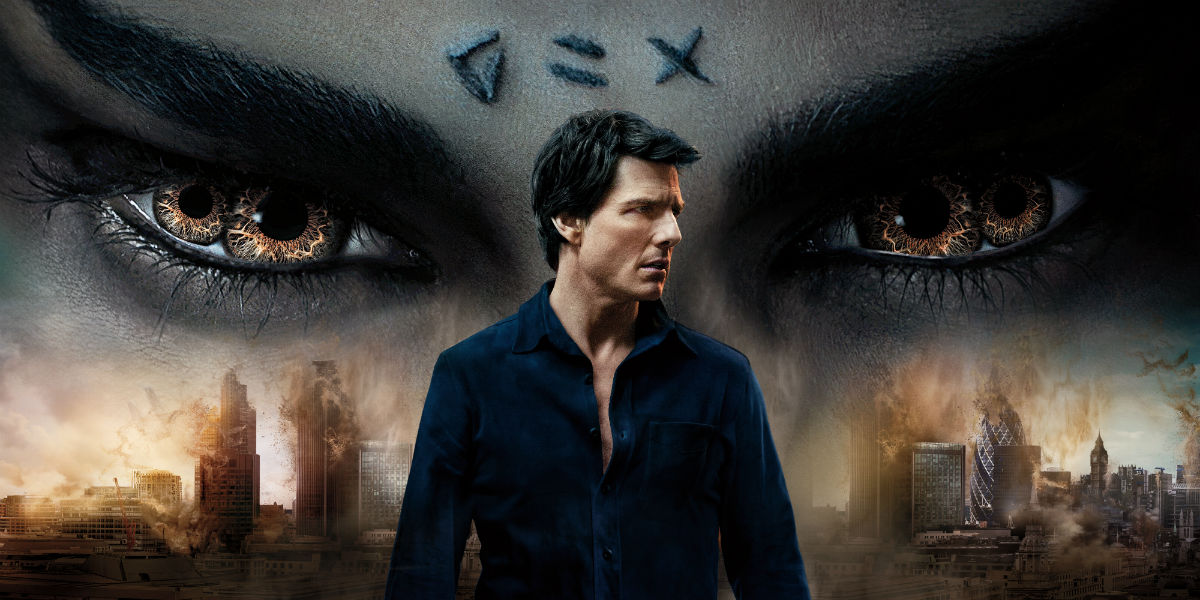 Today’s Friday 5 will be dedicated to the charming, dynamic, running on the impossible – Tom Cruise. Many adventures, action, courage, loyalty and epic battles will be seen in оur weekend selection.

When an ancient power has returned, be ready to welcome the new word of gods and monsters. Are you ready for the beginning of Dark universe with “The mummy”?

A treasure hunting soldier Nick Morton (Tom Cruise) and his buddy Chris (Jake Johnson) are caught in the middle of a battle in Iraq only to discover a hidden buried tomb. This attracts the attention of the military and of archaeologist Jenny (Annabelle Wallis), who wants to bring the contents of tomb back to London to study it.

However, messing with the tomb triggers evil powers and awakens the ancient princess Ahmanet (Sofia Boutella). With her powers constantly evolving, Morton must now stop the resurrected monster as she embarks on a furious rampage through the streets of London.

An iconic movie with an even more iconic theme song famous decade-long soundtrack, where Tom Cruise will take us from “Mission impossible” to “Mission accomplished”.

The fifth picture in the Mission: Impossible sequel is exciting, fun and dynamic. CIA chief Hunley (Alec Baldwin) convinces a Senate committee to disband the IMF (Impossible Mission Force), of which Ethan Hunt (Tom Cruise) is a key member. Hunley argues that the IMF is too reckless. Now on his own, Ethan goes after a shadowy and deadly rogue organization called the Syndicate.

But will he save the IMF?

“Valkyrie” takes on an important event in the history of Nazi Germany: the failed assassination attempt of German Wehrmacht officers against Hitler in 1944.

This story is based on real incidents that happened in Germany during World War II. Colonel Stauffenberg (Tom Cruise) gets injured in battle in South Africa. He loses one eye, a hand and two fingers from his other hand. Stauffenberg feels that Hitler is doing a lot of harm to Germany and must be stopped. There is a group of officers who feel the same. He joins them and conspires to assassinate Hitler in what they call “Operation Valkyrie”.

A psychological thriller with a lesson in history, this movie is highly recommended by the Stremio team.

“The Last Samurai” is an epic historical war film directed and co-produced by Edward Zwick.

Tom Cruise portrays a United States Captain of the 7th Cavalry Regiment, whose personal and emotional conflicts bring him into contact with samurai warriors in the wake of the Meiji Restoration in 19th Century Japan.

Honesty, loyalty and age-old traditions in the clash with the new world – this you will see in “The Last Samurai”.

Can you imagine a world without а crime? Can you predict а crime?
“Minority report” tries to answer these questions. The movie is a perfect blend of action, suspense, thrillers and film-noir.

Тom Cruise plays John Anderton, the chief of the Pre-Crime unit of the Washington D.C. police department. This unit stops murders before they happen, with the help of the “Pre-Cogs.” These are three psychics who see the murders before they happen. Cruise is the one who “read” their visions to predict the location, the killer, and the victim of the future crime. The “Pre-Cog” division has had a pretty successful 6-year run of no murder ever happening, until John discovers the next murder they have to stop will be committed by himself.